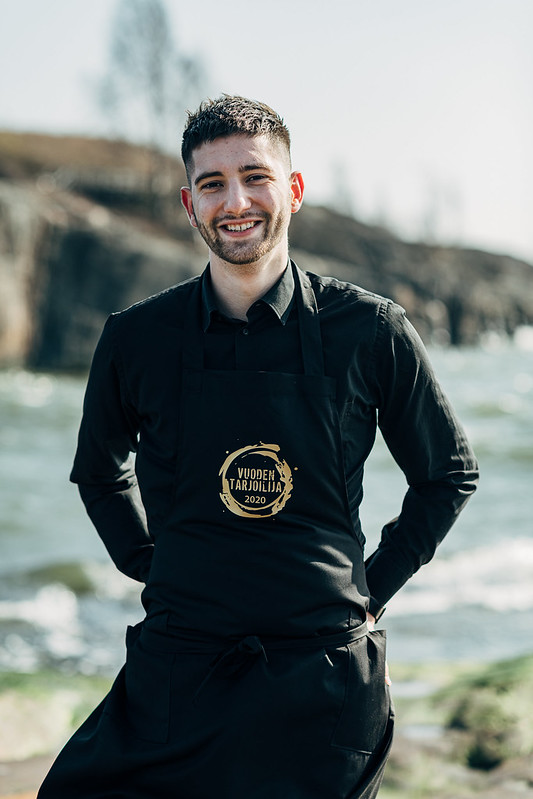 Waiter of The Year

Etusivu » Waiter of The Year

The Waiter of The Year 2020 is Christian Angelov, restaurant Finnjävel Salonki. He won the competition on the 13th of March 2020 at Gastro Helsinki fair at Helsingin Messukeskus.

Waiter of The Year is the Finnish championship for professional waiters and waitresses. Competitors get to show their skills in practice as they serve guests with culinary delights prepared by finalists of the national Chef of The Year contest held at the same time. The jury consists of Finnish and international members. The first Waiter of The Year competition was held in 2013 in Helsinki, and the first ever winner was Maria Suihkonen. The Waiter of The Year 2020 is Christian Angelov from restaurant Finnjävel Salonki.

The competing season lasts for a year, during which the winner takes part in different events, makes media appearances and works with the campaigns of affiliates. The aim of the competition is to inspire professional growth in the field and to showcase how varied and demanding the profession of a waiter can be.

To take part in the Waiter of The Year competition, you need to submit a specified assignment in advance. The assignment includes planning tasks and a set of multiple choice questions. The best of applicants will be selected to participate in the semifinals, from where the most talented will continue on to the finals. Each year three of the best will be awarded. In the finals the waiters will have a chance to showcase their hands-on skills, as they create a memorable restaurant experience for the invited guests together with the Chef of The Year -semifinalists.