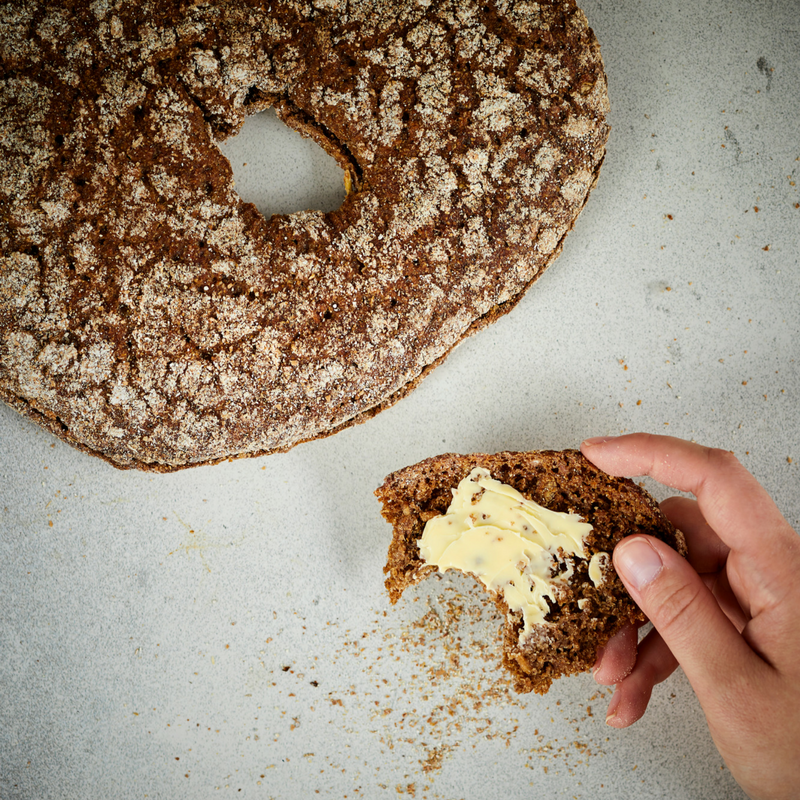 In autumn 2016, close to 50 000 Finns gave their vote in a public call to find the national food of Finland, celebrating the 100th anniversary of independence this year. The winner is rye bread. Close contenders for the top spot included Karelian hot pot, Karelian pasties, and fried fish with mashed potatoes.

The winner was picked from the finalists in a new voting round at the end of 2016. Around 40 000 people gave their opinion, with a bit over a hundred of the votes arriving on a traditional postcard.

The vote for the national food of Finland was organised by the ELO Foundation for the Promotion of Finnish Food Culture, together with the Central Union of Agricultural Producers and Forest Owners MTK, and the Finnish Ministry of Agriculture and Forestry.

Rye bread was a clear winner by almost 10 000 votes. It was also the definite favourite of voters under 30. Other young people’s favourites included Karelian pasties, while those over 60 picked Karelian hot pot and fried vendace or Baltic herring with mashed potatoes as their ultimate Finnish dish. Bilberry pie was the favourite dessert of voters of all ages.

The national food was selected through a public vote. The jury’s task was to ensure that the finalists represent a wide range of Finnish food culture through different stories, ingredients, and preparation methods. The jury’s pick was fish soup with its seasonal adaptability, always suitable to serve with rye bread.

The Finland 100 centenary year celebrates rye bread – what is your take on rye?

The national food jury suggests that Finnish Culture Day (28th February), also known as Kalevala Day, would also be named as a day of food culture. Companies and organisations working with rye products have decided to celebrate rye bread especially as an everyday dish.

The jury encourages countryside people to come forward also with their local specialities – in the traditional form, or with a modern twist.

The vote confirmed the iconic position of rye bread in Finland. All Finns share their own special relationship and story around it. The work towards securing local raw material sourcing for Finnish rye products, a strong know-how of health benefits, and developing new era snack products predict a great future for rye in Finland. In addition to bread, rye is used in many Finnish speciality products: the Easter dessert mämmi, the traditional fish-filled bread loaf kalakukko, breaded fresh water fish, or rye whiskey, for instance.

The jury has composed stories about rye bread – go read your favourites (in Finnish) or write your own and share it with the hashtag #minunruisleipäni (’My rye bread’).

The ELO Foundation and their partners will portray each national food treasure one at a time in a set of 12 celebratory months. More on the National Food website at www.kansallisruoka.fi.

ELO Foundation for the Promotion of Finnish Food Culture